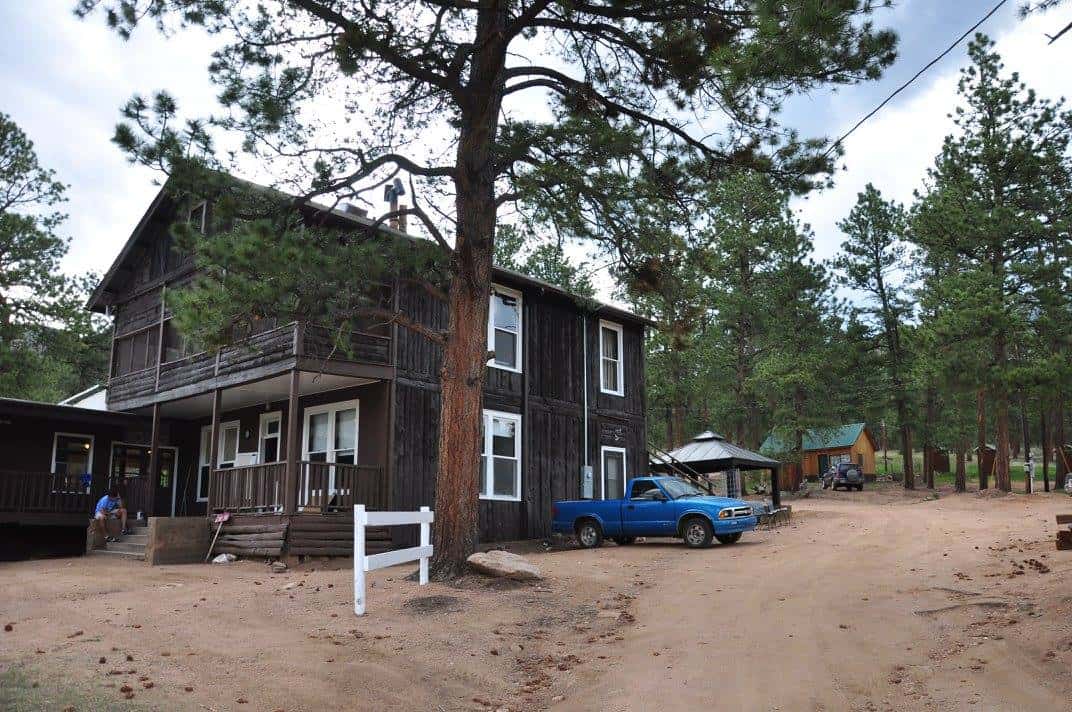 Dave Yedid is a long time tzevet member, former Bamidbar staff member, and 4th year Rabbinical School student at JTS. He is currently the Cooperberg-Rittmaster Rabbinical Intern at Congregation Beit Simchat Torah in New York. He shared this d’var torah two weeks ago for Parshat Terumah, and we are excited to share it with our community.

The center camp was a small building called the lodge. It was built by the Girl Scout Camp that was based on the ranch before us. It was brown painted wood on the outside, light grey on the inside, the paint worn away through countless footsteps revealing the bare floorboards. There were a pair of antlers hung out in the front above three concrete steps.

The lodge was the nucleus of camp, the center of it all. Everything came back to the lodge.

On the first floor was the director’s office, the second floor the education and camper care offices. In 2012, it was a spare bedroom for Matt and Sarah Levitt. We built our kitchen and hadar ochel (dining hall) off of the main floor, with a shitfat kelim (dish pit) in which all community members and guests were expected to help out. There was a beautiful wrap-around porch with views of the valley below where horses graze. We painted plaques in the first summers of camp with the names of the chalutzim and tzevet, which we hung on the walls of the original hadar ochel. For three years, we had a cement basement that served as our staff lounge. It was also the mail center, the administrative office, the center for staging, cleaning, and unpacking gear before and after wilderness expeditions.

I helped construct the chadar ochel in 2012 assembling the metal frame, stretching plasticky canvas over it, and raising it with a team of thirty onto metal poles….an extremely haphazard endeavor, looking back. It stood from year to year but was by no means a perfect structure; it would often flood when it rained, was acoustically extremely loud and, after a while, too crowded.

The lodge was a palimpsest; a building we just kept adding on to. As camp grew, we built more structures. What was once the food storage and prep room was repurposed as a dining hall for younger chalutzim so we could fit everyone. The kitchen was expanded with a bakery room and walk-in fridge and freezer. The purpose of the upstairs rooms changed every year. Even as we built Beit Kesher and set up portable office trailers, the lodge was still the center of camp.

Summer 2017, a year in which I only visited camp for two weeks as a guest, an electrical fire burned down that lodge. Thank God, no people were injured. But the center of our camp was gone. Camp could not exist without this space; we had no food, no main office. All that was left was rubble and those three concrete steps.

Hearing this news while in New York was devastating. I felt deep grief and a desire to make it better. Mostly, I felt helpless. I thought back to the old hadar ochel, which I had helped build with my own hands. I thought of all of the campers and tzevet assembling in the early morning cold, knowing the center of camp was burned.

The next summer, camp rebuilt a new structure, this time built by a trained construction crew (which was much safer) but the center of our camp was gone. My first days back in 2018, I felt disoriented not returning to the site of the lodge.

I thought of the lodge as I read Parashat Terumah, which is about a community of people in the wilderness building a small structure. This time, it was not for camp, but for God. Parashat Terumah details how the Israelites built the tabernacle that would house God’s presence.

If God is everywhere, in our homes and on mountaintops, why does God need a little box? It seems both impossible and unnecessary. Looking at the verse as a whole, we would think that because the word mishkan is a singular male noun, last word should read “betocho”–I will dwell in “it,” referring to the physical structure. But the plural ending, betocham, “dwell in/among them,” suggests that God won’t actually dwell in the structure, but among the people who build it. God is the creator of our bodies but also exists in our souls, in the prayers that come out of our mouths. So why did the Israelites build this structure and why does the Torah care so much about the process by which it was built?

I want to suggest three reasons for why building the Mishkan is important:

In order to be in community with one another and with God, the Israelites must give something up.

In donating these objects toward the construction of this small masterpiece, the Israelites become invested in bringing God’s presence into their midst. They value the mishkan because they participated in creating it.  The second verse of the Parashah explicitly states that this investment is not a tax for all people or even a commandment. Instead, people should give that they brought with them out of Egypt, אֲשֶׁ֣ר יִדְּבֶ֣נּוּ לִבּ֔ם–asher yadbeinu libam, out of the generosity of their hearts.

To be invested, we are asked to give something up and put it towards a greater purpose.

Even if it is a frustrating process or isn’t actually worth something monetarily, at the end of the day we take pride in the work of our hands. The effort that we put into something does not just change the object. It changes us and the way we evaluate that object; the challenge of creating fosters responsibility. And the greater the labor, the greater the love for what we have made.

Think of a piece of origami, which before folding is just a piece of colored paper. But when it is folded in specific sequences to create a new shape, it has new value.

The Mishkan was such a project. The labor was about valuing God and about valuing holiness through contribution of prized possessions, time, and careful labor. The fact that the Torah dedicates several chapters to the dimensions, materials and steps of construction communicates to us that the process is just as important as the product itself. We learn the process and understand the labor in order to understand–and to love–what the Israelites made. The project required them to show their love for God.

For most of Exodus, the Israelites had been recipients of God’s powers and creations; everything they experienced was God-given; plagues, the splitting of the red sea, manna, water springing from rocks, being led by a pillar through the wilderness. We get the sense, at times, that they were ungrateful or whiny; “the Torah isn’t coming down the mountain soon enough!” “the Manna is too repetitive” “we want to go back to the foods we had in Egypt.”

This changes when the Israelites are required to be actors for the first time as they begin to build the Mishkan. It forced them to come together by co-creating amidst the chaos of wandering in the desert. They were free from slavery, but what were they free for? Rabbi Jonathan Sacks ז״ל answers this question: “God gave them the opportunity to give.”

Giving the Israelites this opportunity gave them the chance to give back to God some of what God gave them. They did creative, detailed work as a gift to God and a commitment to holiness. Building the mishkan allowed the Israelites to grow up, become partners in creation and take hold of holiness, rather than waiting for miracles to happen. This is so important in their formation of a nation of people, as it was in the cultural and moral DNA of camp.

In modern Hebrew, when we speak about tzedakah or donating to an organization, we use the verb Litrom. It is the basis for the name of this week’s parsha: Terumah. We can translate the word terumah as “a contribution” but it actually has a different meaning without an easy translation. Some linguists and biblical scholars think it means “something you lift up” by dedicating it to a sacred cause.

In 2012, when we built the hadar ochel section of the lodge, a team of staff literally lifted up a giant steel frame under which hundreds of campers and counselors would gather three times a day to eat. We would sing Birkat Hamazon and dance after meals and on Friday nights. That space, at times, felt like the closest space to a mishkan that I have known on this earth. It was a holy place, a place that invited God’s presence and generated holiness. And it was temporary.
The mishkan was also temporary. The Tabernacle was long ago replaced by the Temple, and the Temple by the synagogue. But our task remains unchanged: the responsibility to give and bring God’s presence into the world. This is the secret of giving: when we lift something to give to another, it is we ourselves who are lifted. May this parsha inspire us to build together and give together, so that we may uplift God and uplift one another. 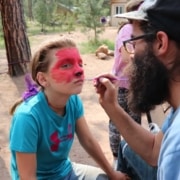 Hebrew At Camp: A Glossary

A Time to Return
0 replies

Connecting with the Divine in the Outdoors
Scroll to top