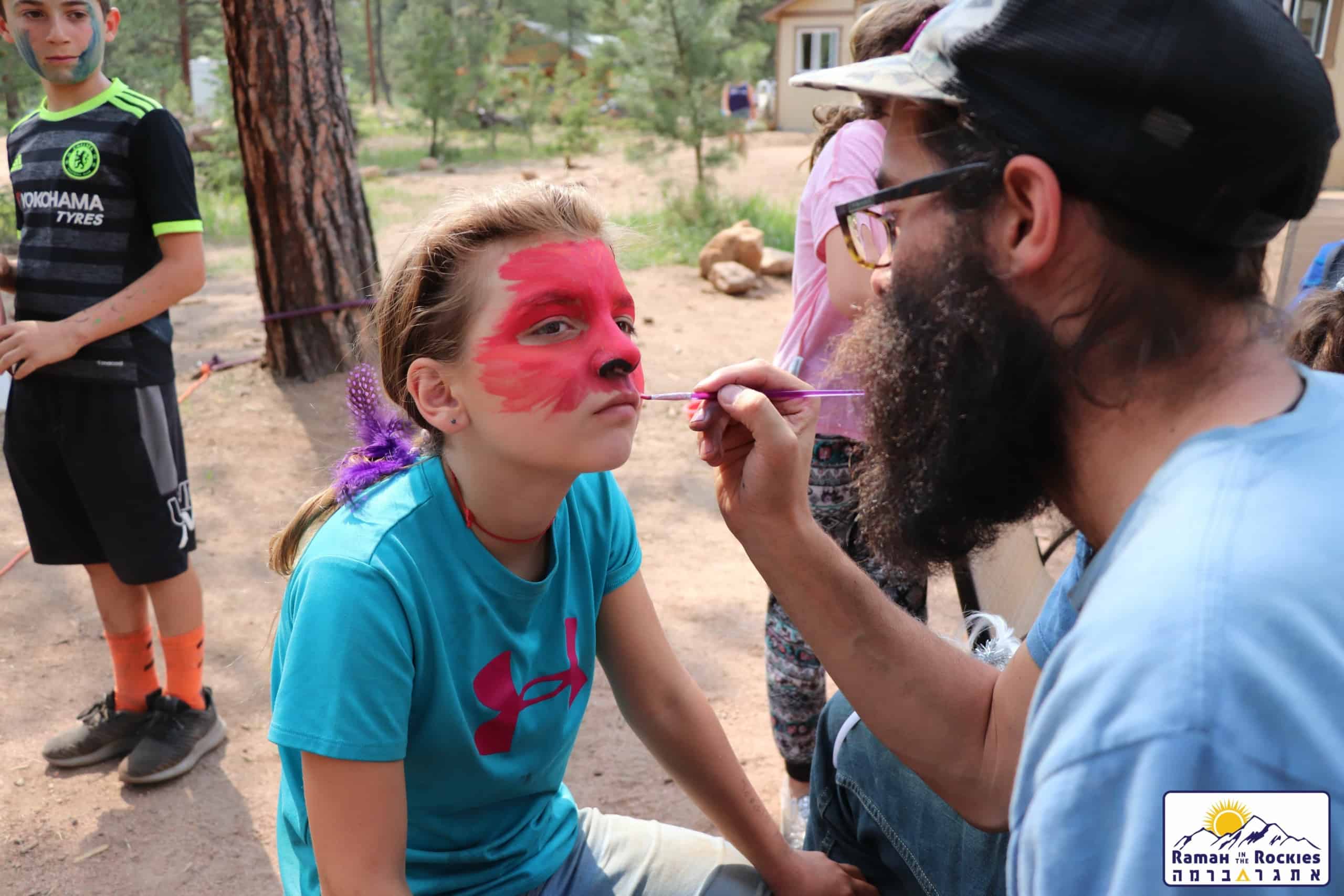 With each passing week, we are becoming more excited about the reopening of our ranch. You have likely read so much from us about our reopening COVID protocols that you have wondered whether we are also thinking about how to improve the actual camp experience. Rest assured that we have been hard at work planning the daily schedule for this summer, and in the following Purim blog, we highlight some of our upcoming programmatic changes.

Lions and Tigers and Bears

As the world was moving into lockdown last spring, we heard from so many about Netflix’s Tiger King. You called and emailed to express dismay that we had not used our wide open space to cage exotic animals. If there was one positive side to closing camp last summer, it was that we were able to realize  a long-held dream and finally had the time to erect the twelve-foot fencing needed to house big cats at Ramah in the Rockies. Over the past few years, we have been continually improving our farm and animal program; we have become adept at milking goats, collecting eggs from chickens, and caring for horses. African Cats were clearly the next step. Shortly after we finished our ten-acre enclosure around the “Shabbat Pasture,” we learned that Joe Exotic’s zoo was being shut down by the State of Oklahoma.  Given our longtime connection with the Jewish communities in the Sooner State, we were quickly able to make the necessary arrangements to offer refuge to five of their cats.

The past few months of running our cat sanctuary have not gone exactly as planned (but then again, what has?) . Nonetheless, we have learned how to source cheap meat, both from a local hunting lodge and the Jefferson County roadkill department. From a programmatic standpoint, we see the addition of these cats as the ultimate “Challenge by Choice” activity. We know that some chalutzim will find even viewing the animals from afar challenging. Others might feel comfortable petting their wet noses through the chain-link fence. Others might be confident enough to walk into the enclosure and play with the animals. The Colorado Department of Human Services, which grants us our annual child care operating license, has given us a one-year reprieve to demonstrate that we can safely house big cats and small campers at the same time. In the months ahead, we hope to trap a few of the local black bears and add them to the enclosure too!

Big cats will not be the only new addition to our community. Ramah is also delighted to welcome the G.O.A.T (Greatest of All Time), Tom Brady, to camp this summer. After leading the Tampa Bay Buccaneers to a crushing win in this year’s Super Bowl, one might think that Brady has nothing more to prove to solidify his title. As it turns out, however, he has never won a Super Bowl playing above sea-level. Next year’s Super Bowl will be played at the Denver Broncos’ Mile High Stadium where there is way less oxygen than New England or Tampa Bay. Brady is eager to be in shape for the big game, and has been looking for a summer retreat even higher than Denver where he can run, climb and throw at elevation. Last week, we received a call from Brady’s agent asking whether we would be willing to offer him a quiet place  to workout most of the day in exchange for a few hours training each week with our chalutzim. While he could easily rent a house in Denver to begin acclimating, he is looking for a more secluded place to set up shop, free from the paparazzi who follow him so much of the time in urban areas. The fact that we serve a mainly vegetarian diet, and always have a vegan option at meals, is an added bonus to one of the world most famous, and unlikely, vegans.

While the exact schedule remains in preparation, we expect Brady to spend his mornings in Ramah Valley running and throwing. He will also spend two hours per day training his core muscles on our bouldering wall. We imagine him setting up some more challenging practice courses  using the protruding rocks of Prospector Mountain. We have guaranteed him a spectator-free day until 2:00pm, sha’at menucha, at which time he will lead optional clinics for a few chalutzim each day. (Chalutzim who disrespect the Buccaneers, Patriots, or any of the Boston Sports teams for that matter, need not register). While Ramah in the Rockies has never had a team sports program, we also know that we should never pass up an opportunity to stray far from our mission. If this summer is a success, we can imagine one day laying an astro-turf field throughout Ramah Valley, erecting two goals posts, and creating the country’s first Jewish football camp!

It is not just Brady who is looking for new heights. After a year of being cooped up inside, so many in our kehillah kedosha (holy community) are eager for new adventures. After a chance online meeting with Sir Richard Branson, our newest masa (excursion) was born. As it turns out, his space company, Virgin Intergalactic (NYSE: SPCE), was looking for a PR opportunity that showcased its desire to become an “every person’s” space company. In the hopes of justifying their wild valuation in the public markets, the corporation wanted to launch a group of teenagers into suborbital flight to prove the efficacy of their SpaceShipTwo aircraft. With their hangars just a few hours south of our ranch on the Colorado/ New Mexico border, we signed up! What better way to show off our own commitment to addressing the urgent demands of the climate crisis than burning untold quantities of fossil fuels and participating in a new space race!?

Given the details involved in space flight, there is little room for error in our schedule: chalutzim will leave our ranch on the Tuesday, of the masa-week of each b-session, for the drive to New Mexico. They will spend a day camping on the desert plains alongside the runway. After another day of training in emergency procedures and fitting of flight suits, they will lift off on Thursday for the journey of a lifetime. Virgin Galactic has further agreed to help with our travel needs, ferrying campers from California and New York to Colorado in future summers.

A year ago, around Purim, America was waking up to the reality of a burgeoning pandemic.  Unfortunately, the line between science and fiction was blurred for too long, leading to untold suffering and hardship, putting deep strains on the physical and mental health of so many in our community and costing over 500,000 lives. We had considered forgoing our Purim update this year since the past 12 months would have once seemed outlandish enough. Yet, here we are: able to reflect, to hope, and to plan. Know that while almost nothing in the above update is true, our commitment to running a safe program, guided by passion, values and science, remains as real as ever.

A Note from our Director of Camper Care