Please note: throughout this blog post there are many hyper links.  Each one refers to a Youtube video

Our session II chalutzim have left the chava(ranch).  Our Madrichim are in the midst of preparing for our session III chalutzim who will be arriving in less than 48 hours.  Beds are being moved, bikes are being fixed and the dining hall is being scrubbed.  And just like that we have drawn the curtain on our largest session ever at Ramah Outdoor Adventure.

The past four weeks have surpassed our wildest expectations.  We biked, climbed, fed buffalo, witnessed fantastic rainbows, crossed snowy mountain passes and bathed in refreshing Colorado streams.  We laughed and we cried, we hugged and we played.   We shared scrumptious meals around the camp fire and nicely set Shabbat tables in the dining hall.  We learned, and we taught.  And perhaps most importantly we all grew spiritually, emotionally and physically through our month together at our alpine ranch.

As we bring session II to a close, I wanted to share three vignettes from the past month that capture the spirit of what transpired here. I have embedded youtube clips throughout.

#1 Returning from bike masa:  One of the highlights of each session at Ramah Outdoor Adventure is watching the chalutzim return from their masaot (excursions).  These chalutzim enter camp after having been away for a few days; they are excited, dirty and full of wonderful stories.  We had three bike massaot return to camp this session, and each time the bikers assembled at the top of the hill on the far side of our pasture.  They road down the access road coming to a skidding stop in front of the chadar ohel (dining hall) where they began singing the cheer they wrote while on masa, and then launching into our trademark “Shabbos is coming, we’re so happy” song. The energy these riders brought with them each time they returned was palpable.  Most had ridden well over 100 miles up rocky mountain roads and down steep windy paths.  All had experienced moments where they thought they could not ride another foot and moments where they felt like they were on top of the world.  As they road into camp, they brought these intense emotions with them.

#2  Yom Sport:  If I had to describe the day in one word, I would just say WOW!  Year after year, yom sport is always one of the highlights of the summer at any Ramah camp.  It is hard to pinpoint why children of all ages get so excited about this day of playful competition.  From our “yom sport break out” where an olive and a grape debated which one was more important to Jews (check out our session II slide show for a clip), to the actual sports competitions during the day to the singing of the teams’ original songs, all who participated in Yom sport had a spectacular time.  Yom sport is one of the loudest days in camp, not only because this year a helicopter landed in the middle of it (bringing some honored guests), but also because when chalutzim are not playing games they can be found walking between activities cheering loudly or standing on the sidelines yelling for their teammates.  This year’s yom sport featured a long relay race that included almost every camp activity area on our ranch culminating in a fire building contest where the screaming and cheering reached a near ear popping decibel.  I think all can agree that we also witnessed one of the more exceptional “original songs” composed by the yarok (green) team captain, Ethan A.  At our closing campfire last night, the entire camp joined in the singing of this upbeat song.  It truly became one of the theme songs of the session.

At camp, we place a special emphasis on our Havdallah ceremony.  We form a giant circle with the entire camp and have a chance to give “shout outs” or reflections from the week that passed.  We then move into singing havdallah and a series of other songs together.  Perhaps more so than any other time at camp, at Havdallah one really feels the sense of community present on our ranch.

This past week, we asked a few chalutzim from each edah (age group) to speak for a few minutes about what camp meant to them.   Each spoke in age appropriate way about some aspect of the summer and some memory that they are taking with them.  The commonality between all their speeches was that this is a place where kids can come to challenge themselves, live amongst friends in a supportive environment and connect to a larger community.  Most of us were in tears by the end of havdallah as we looked around at the faces of the people whom only weeks earlier we barely knew and now had shared such intense experiences.

Alas, all good things must come to an end.  And our second session has now drawn to a close.  We will miss each and every chalutz/a who walked through our gate.  We are left now with only memories, pictures and transformed selves from our time together.  As we transition to third session all of us staff members know that we will be even better counselors in session III and form an even tighter community because of the experiences we had with our first two sessions of chalutzim.

Luckily camp opens in 46 weeks.  Stay tuned for Tuesday’s email about registering for our 2012 camping season.

P.S.  An additional MUST see video is this one by our metayalim chalutzim on the importance of recycling:  http://www.youtube.com/watch?v=aO4i4CzaQ2Y 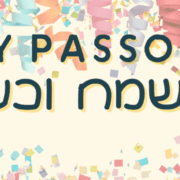