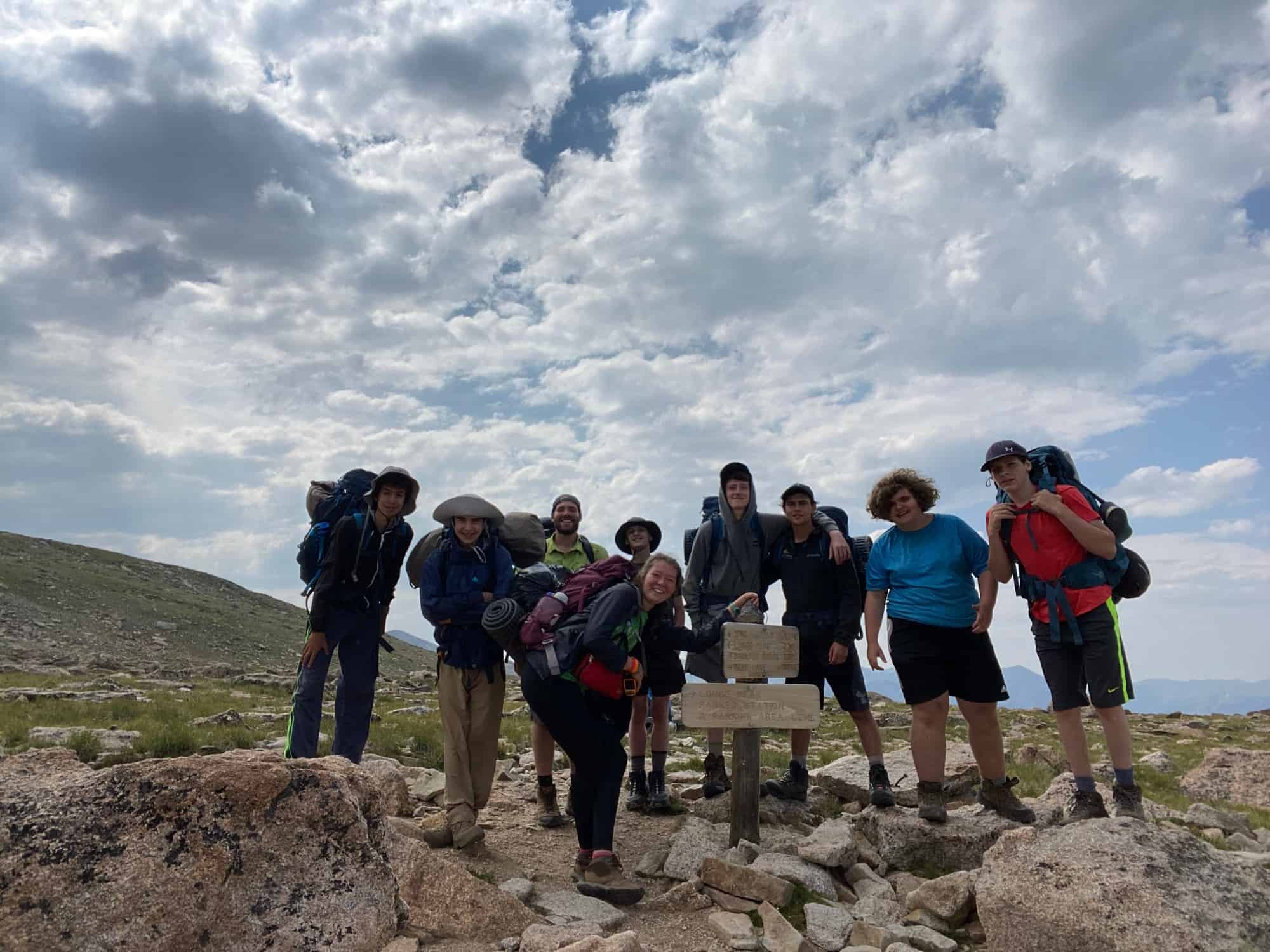 Dear 2021 Families and Staff,
What an incredible way to wrap up the month of July! Today all our campers are returning from Masa. Some ventured hours away, while others slept on the outskirts of our ranch, hiking in the hills surrounding camp. All had chances to bond with their ohel (tent) mates, delighted in eating trip food, and drank gallons of water to stay hydrated in the blistering Colorado sun that has been beating down on us all week. We installed two new thermometers in camp, one in the shade, and one in the sun. In the shade, the temperatures are consistently in the mid 80s. In the sun, the thermometer reads well above 120 degrees on most afternoons.

This week started with Yom Tzmicha Ishit (Challenge Day). Throughout this special day, chalutzim competed in a variety of game show-like activities, like The Great Bogrim Bake-off and The RAMAHzing Race. Some had Jewish educational objectives, others were meant to foster k’sharim (connections) between campers and staff, and all activities included lots of simcha (joy). The day culminated in Ramah’s Got Talent, where each ohel performed a dance, song, or other talent (including an impressive circus display by Ilanot!) for the camp. Perhaps the best part of the day was that we completed our second round of Session II camp-wide COVID testing (~320 each time) and every test has come back negative! This meant that as of Monday morning, we moved to edah-wide (age group) cohorts where no one needs to be masked when they are alone with members of their edah, indoors or outdoors.

This week was also the week of celebrating life cycle events. Last friday, two other Rabbis and I sat on a beit din and then witnessed the tevilah in a mikvah (our neighbor’s pond) of our longtime employee and former head chef, Jefferey Harris. This was a process that began six years ago when Jefferey answered an ad on Craigslist to work in a summer camp kitchen and took on a new phase last year he began a formal conversion program with our former Rosh Chinuch, Rabbi Deena Cowans. On Friday night, Jefferey and Avram Pachter, our Director of Operations, led a silent dining hall in motzie and kiddush. It was a moment few will forget and one that is unlikely to occur here again for a while. Then, on Monday morning, Kinneret R., a Solelot chalutza, celebrated her Bat Mitzvah in front of the Metaylim and Sollelim edot. She led the entire service and read Torah for both edot, who then enjoyed a special breakfast of French toast, cheesecake, fresh berries, and orange juice. There is something magical that happens within our community when we take the time to celebrate these sorts of lifecycle events. For all of us, it is important to remember that we are living Jewish lives here; for some, our camp is their primary Jewish community even though we are only here for a few weeks each year.

Masa
This week’s masa’ot (excursions) were some of the most successful of the summer. The lack of rain, the excellent planning, and the group cohesion that preceded the masa’ot made for a number of excellent trips.

On Monday and Tuesday, our JOLI (11th/12th grade) groups left for their adventure masa that included a hike up a 14,000-foot mountain, or 14er as they are called in Colorado, rock climbing, and a day-long solo where they hiked and rested separated from their peers over the course of a four mile trail. Most said that being alone in nature for over eight hours was one of the most powerful moments they could remember at camp.

Our Bogrim (9th/10th grade) chalutzim left camp on Tuesday to head to Rocky Mountain National Park and State Forest State Park. The wet weather of the early summer meant that many of the mountain meadows are still in full bloom. Groups hiked up numerous passes and spent time around the many lakes in the area.

Our Solelim (7th/8th grade) campers left camp on Wednesday to hike one of four routes in the surrounding forest. For many, it was their first extended backpacking trip. They passed through an area in Lost Creek Wilderness famous for the massive boulders that line parts of the trail, appearing to be precariously balanced on each other, but likely have been here for thousands, if not millions, of years. The mosquitoes, which were voracious earlier in the summer, were still present but not nearly as bad as during the Session I masa’ot.

Our Metaylim (5th/6th grade) campers spent the first part of the week in regular activities. They had a chance to bike, ride horses, and climb at the bouldering wall. They had arts and crafts, farming, and rikkud (dance). On Monday night, they played an edah wide 20 questions game to guess which celebrities their counselors were impersonating. They left for their Masa on Wednesday and camped in one of five campsites around the outskirts of our property. On Thursday groups hiked in the surrounding forests, with one who drove by van to Cheesman Reservoir where they hiked the trail surrounding this massive body of water.

This week, Ilanot (3rd/4th graders) laid in their sleeping bags on the basketball court for over an hour watching the endless expanse of the starry sky on a moonless night. Yesterday morning, Ilanot chalutzim had the opportunity to drink the goats’ milk they had collected the night before. Yesterday afternoon, they began their one-night masa by hiking in a big loop around camp, stopping to see nature and the homestead house, one of the original buildings on the property from the 1880s. They stayed up late making s’mores around the campfire in Ramah Valley and camped out. This morning, they had the opportunity to hike Prospector, one of the more challenging climbs just outside of our back gate. About half the chalutzim made it all the way to the top, a huge feat for such little kids, and the other half hiked halfway and then took a dip in the mikvah.
As I conclude this email, the tempo of camp is beginning to change. The final van pulled into camp about an hour ago. Most of our chalutzim have showered and are wearing their last clean white shirts (Monday is laundry day). From the porch of the mirpa’ah (wellness center), I am looking out at our packout area, which is filled with tents airing out and dishes drying. I can still hear the shrieks of joy from our chalutzim, who only a few hours ago were returning from their masa’ot, triumphant at having had such a memorable few days in the backcountry and excited to be back at camp.

For those keeping track, last week we ended up singing kabbalat shabbat in the Pardes Teffilah, socially distanced, but together as one community. As has happened so often on Friday afternoons, the storm clouds are gathering over the mountains, and it is likely to storm before too long, sending us into our rain locations for kabbalat shabbat, together as edot. Regardless of where we end up praying tonight, we are looking forward to a relaxing and fun final Shabbat of session IIA.