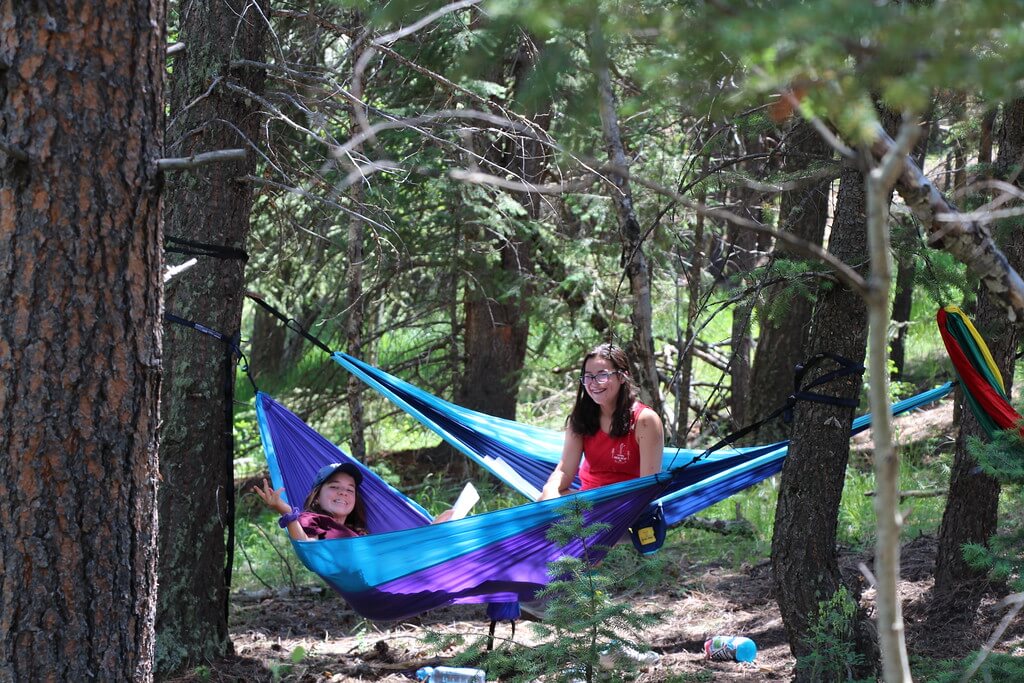 During our ten summers on the chava (ranch), Ramah in the Rockies has been the site of hail and wind storms, a fire, and even a helicopter landing, but now, after Kayitz 2019, we can also say that we have hosted peace talks.

As a camp and a community, we place a great deal of value on individual identity and self expression. Outside of camp, many chalutzim (campers) do not have the opportunity to physically build things and take calculated risks. At camp, they are not only allowed but encouraged, to explore and test their creative boundaries. These values can easily be seen in one of camp’s guiding principles, “challenge by choice.” As a result, many chalutzim have been naturally drawn to the construction of, and gameplay surrounding, what we at camp call “tree-forts.”

While Ramah in the Rockies strongly encourages free play and independent pursuits, sometimes conflict arises that requires a helping hand. This kayitz, the tree-forts were extremely popular, and when conflict did arise within the gameplay our tzevet (staff) was prepared to help ease the tension.

In one such situation, Jacob Chatinover from Camper Care cleverly helped chalutzim establish some basic ground rules within the realm of tree-fort building instead of merely policing a conflict between two fort “nations.” Jacob was able to successfully facilitate, “the Camp Jacob Accords,” allowing all of our tree-fort-building chalutzim to continue in the fun and creativity of tree-fort building.

During the Camp Jacob Accords, topics discussed and voted on included the guidelines for inter-tree-fort trading, the establishment of a “neutral zone” and a “non-aggression pact,” and the continued use of the “Zetley Border” – a fallen nearby tree that had been introduced as a border with the help of tzevet member David Zetley earlier in the summer. Additionally, a new rule was instituted known as the “Tourism Rule,” which allowed for chalutzim and tzevet to visit tree-forts, providing they identified themselves as a “tourist.”

Looking back on the Camp Jacob Accords, the Tourism Rule stands out for Jacob, not only because of its progressive and forward-thinking take on the situation, but also because of how it connects to the upcoming holiday of Sukkot.

An integral part of Sukkot is the experience of shared personal and communal spaces. As the Talmud explains, “All of Israel are fit to live in one sukkah,” Sukkot 27B. Many scholars take from this that it would be appropriate for every Jew in the world to dwell in one sukkah, and from this we learn that every individual sukkah is part of the “larger Jewish collective sukkah.” This idea, of a shared space, seems especially relevant considering the conflict Jacob helped settle.

On an even deeper level, the value of “challenge by choice,” which every chalutz and chalutzah experiences at camp, can also be linked to the celebration of Sukkot. Just as Ramah allows campers the space to explore and create, so too does Sukkot provide children and adults the opportunity to take a risk-sharing in the vulnerability of constructing a temporary structure that is exposed to the elements.

Wishing you a Sukkot filled with joy, vulnerability, and healthy risks.