Highlights and a Survey

On most mornings over the past eight weeks, I have risen well before our chalutzim (campers) and left my log cabin to walk to the office. In this three minute walk, the words of “Modeh Ani” usually come rolling off my tongue, almost naturally, as I stop and take in the amazing physical beauty I am blessed to be part of each summer. 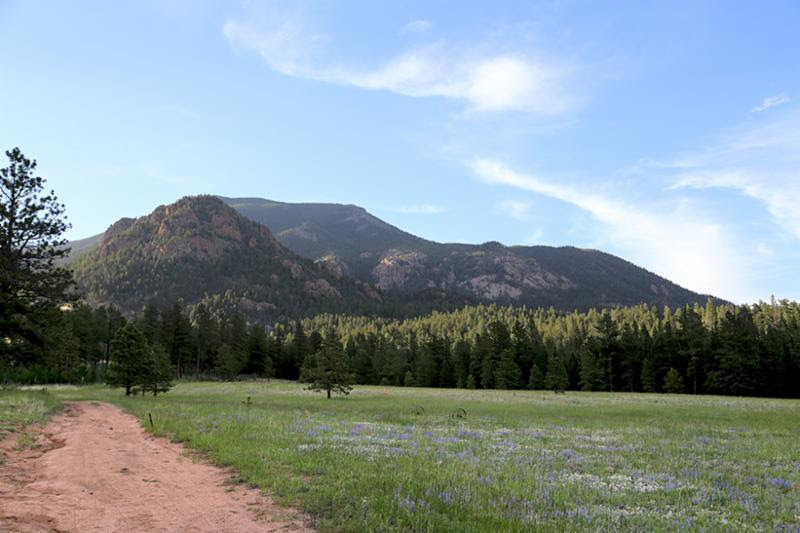 This ranch is awe inspiring in so many ways! During my brief walk, I pass the camper tents, still silent from the outside at this early hour, but soon to be brimming with the sounds of children preparing to begin a new day of activities. I pass the horse pasture on my right, still wet with dew, a creek running through it, 24 majestic animals huddled in the morning brisk air finishing their nightly hay. After passing the towering Buffalo Peak against a brilliant blue background on my left I turn to see Prospector Mountain and its soaring cliffs, a peak so many set as a goal to climb each summer. Often the moon is still up, even though the light is bright and clear. Early mornings are truly a magnificent time at Ramah in the Rockies.

Today, I again woke early, but my hour of quiet was not to be as our chalutzim rose shortly thereafter to begin their long trip home. As I sit here looking out over our horse pasture some eight hours later, all of our chalutzim have left, returning to one of thirty-two States and seven countries. Our ranch is again poignantly silent. Another season has come and gone at Ramah in the Rockies, another summer has drawn to a close. Our long 42 week “masa” (excursion) in the “real world” has begun.

It is impossible to summarize all that happens in a single season in one email. Indeed, it is impossible for any one person to experience all that camp has to offer, for there are so many micro-communities within our one broad “kehillah kedosha“ (holy community). Each masa group, ohel (tent) and chug(activity) has its own stories, jokes, and memories. Rather than try to capture all that transpired these past eight weeks, Iwill instead focus on three activities that most of us have experienced this summer.

Each day this summer at 5:45pm our community gathered on our basketball court for a new camp tradition called “Mifgash“ (meeting). 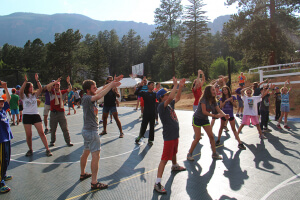 During these fifteen minutes we announced y’mai huledet(birthdays), heard a rega shel yisrael (fun fact about Israel) and made camp-wide hoda’ot (announcements). Most importantly, we danced! While only fifteen minutes long, this new ritual became a cornerstone of our summer community. It was the one time that everyone could gather in a single place; a time when the youngest camper to the most senior staff member could interact with one another on a regular basis to release some energy and dance together to some modern Israeli music. The coordinated and the uncoordinated became one as long as we were smiling and having fun. 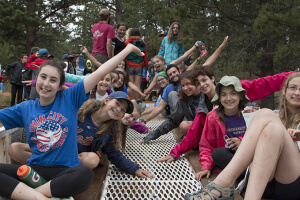 Two songs that became a staple of this tradition were Hashem Melech and Bein HaBodedim. Click on either and ask your chalutz to show you his/her moves.

But Mifgash was only one part of our reinvestment in the Arts this summer.
Throughout the summer, our talented Rosh Shira, Michael Harlow, along with so many other amazing musicians at camp, taught and led us us in some of the best shira sessions we have ever had on this ranch. From new tunes inspired by the training of the URJ movement, such as Dan Nichols’ Esa Enai,to original tunes written by our own tzevet members (Michael Harlow’s Modeh Ani), music infused our program throughout the day and became an integral part of our kehillah this summer as everyone from Ilanot through JOLI and staff embraced new melodies with excitement. Last night’s final shira and dance session was one I will remember throughout the off-season and one that will hopefully become the new standard at Ramah in the Rockies. 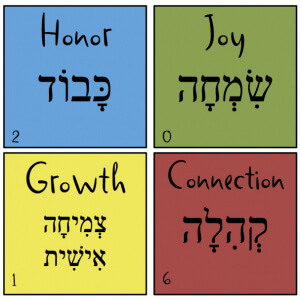 While the people in our camp can change from year to year, the values that anchor our community remain the same. As part of our strategic planning process, our board of directors reworked our “Core Values” to become four basic principles: Honor, Joy, Personal Growth, and Connection.

Building upon these core values, we created “midah“(value) stickers that chalutzim worked to earn during their time at camp. Each Friday night, we asked those chalutzim who had earned all four stickers to rise and be acknowledged publicly for exhibiting these traits. Their names were added later in the week to our permanent “Midah Board” in the Pardes T’filah. Throughout the summer, most water bottles were adorned with these stickers.

While the stickers were a gimmick to enable us to acknowledge the accomplishments of our chalutzim, on a deeper level they truly reflect what it means to be a member of the Ramah in the Rockies community. Each summer so many come to camp and leave transformed in countless ways as they push themselves to their physical emotional and spiritual limits. Yet this community is so much more than our roster of activities. Yes, we bike, climb, and do arts and crafts, but at the center of our Kehillah Kedosha are these enduring values. Ones that we hope our chalutzim and tzevet will hold dear not only while at camp, but, perhaps most importantly, beyond our gates and throughout their lives.

Because of our commitment to these values and their role in our community, we are asking all of our chalutzim, tzevet members, and visitors to participate in a new initiative called “The Midah Project.” More information can be found here, but in short, we would like to ask every person who set foot on our ranch this summer to draw a picture representing one of our core values. These pictures will then be turned into tiles which will be mounted as part of murals that will adorn our ranch for many years to come.

Of course, no discussion of a season at Ramah in the Rockies would be complete without 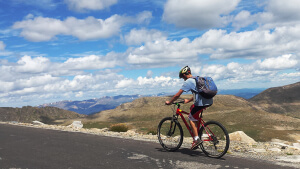 mention of our masa (excursion) program. This summer we sent out a record 75 masa’ot. Some trips traveled farther than ever from base camp into regions of Colorado such as State Forest State

Park and the Spanish Peaks Wilderness area. Our 2016 chalutzim hiked, climbed, and biked farther than any groups in previous summers. Whether it was our Ilanot who hiked to the Buffalo Ranch and then up Prospector Mountain, 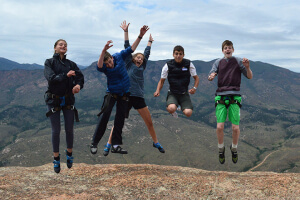 or our Metaylim who spent time rafting and backpacking,or our Sollelim who climbed new routes in
Boulder Canyon, or our Bogrim chalutzim who “summited” a fourteen thousand foot peak on bikes, or our JOLI group who spent a full night sleeping alone on a “solo” in the Indian Peaks Wilderness area, each chalutz had his or her own adventure. 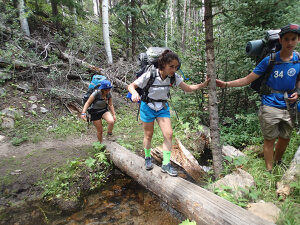 My favorite day at camp comes every two weeks when the chalutzim return from their masa’ot tired, smelly, and often with bruises, yet smiling ear to ear, so full of excitement and pride in their accomplishments over the week. I love watching their dirty faces as they return to the relative comfort of our ranch, eager to tell everyone about their unique experiences on the trail. As I go out to greet the chalutzim and ask them about their masa’ot, I am invariably met by a cacophony of stories and giggles. While some groups might have hiked longer, climbed higher, or eaten more delicious food, each and every chalutz(a) will be left with memories of personal transformation and enduring friendships.

And now, we must close this chapter of Kayitz 2016. It has surely been one of best ever and one that has impacted more people than ever before.

Closing camp is always bittersweet since we know that there are still peaks to climb, friendships to deepen, and songs to sing. While the “real world” calls, we can take heart that there are only 306 more days until next summer! Our registration for 2017 is already open, and spots are in high demand!

As we pack up our summer office and prepare for tonight’s staff banquet, I want to thank all of our families, chalutzim, tzevet, and raving fans for continuing to support us and enabling us to assemble one of the most remarkable Jewish communities in the country. While the camp season must come to an end, I know that the lessons and friendships developed over the past 9 weeks will continue for years to come.

–Rabbi Eliav and the entire Ramah in the Rockies team

Some quick links for you:

Ramah and the Field of Jewish Outdoor Education

75 Days ’till camp opens: A look at our numbers

Words From the Ramah Dinner