Ramah Rockies at the Weinstein Conference 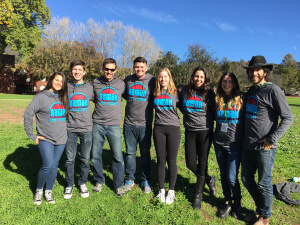