Thank you for joining us for our Hanukkah Highlights series – an opportunity for tzevet (staff) from every corner of our community to share their favorite camp memories! 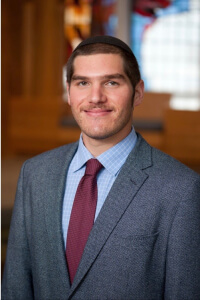 Summers at Ramah in the Rockies: 1

Meal time at Ramah in the Rockies was not for the faint of heart. Most afternoons, as lunch began to wind down and hundreds of plates were shuffled and stacked, the dining tent where we gathered as a community three times each day would erupt into a chorus of deafening cheers. As I had come to expect from my experience working at other Ramah camps, campers proved their creativity and pride by the decibel levels they could reach. Out in the Rockies, however, I was surprised to discover our campers’ cheers were often much more than an excuse to bang on the table and clang their silverware.

One such cheer truly captured the spirit of our community this summer. Picture this: hundreds of campers have just finished eating a meal that largely consisted of farm-fresh produce, most garbage has been composted rather than thrown away, and untouched leftovers have been diligently returned to the kitchen. Slowly, but with increasing strength, we begin to hear a familiar cadence echoing through the mountains: “Ain bizbuz b’machane Ramah! Ain bizbuz b’machane Ramah!” (There is no waste at Camp Ramah!)

What this cheer lacked in rhythmic catchiness, it made up for in moral conviction. Chalutzim (campers) were not reveling in their success on the basketball court or insisting their edah (age group) was the best. Rather, with this cheer, they were celebrating a far nobler accomplishment: their ability to finish the meal with as little wasted food as possible. As more campers learned this cheer and its meaning, the intentionality of our meals deepened. Even our youngest campers began to develop an awareness that this cheer was not just a cheer, but a protest against a world which, despite rampant hunger, wastes close to 1.4 billion tons of food each year.

Looking back, it seems obvious that a cheer about food waste would be among the most popular at Ramah in the Rockies this summer. The staff at camp worked tirelessly to create a culture of awareness around environmental sustainability which permeated every aspect of camp. We watched as a greenhouse was built from the ground up, and ate the first lettuce it produced. We learned with a dedicated farm staff about everything from the Torah of bread to the role of goats in ancient Israel. We sang Jewish songs by moonlight and davened close to the earth, our prayers reaching toward the mountain tops. Ain bizbuz b’machane ramah. Nothing is wasted; all of God’s creation has a purpose, and is deserving of our utmost care and respect.

In my work as Rosh Chuggim, head of base camp activities, I was concerned with another form of wastefulness – wasted time. A large part of my role was to ensure that the daily activities happening around camp were running smoothly and according to a tight schedule. I worked primarily behind the scenes, coordinating with activity supervisors, supporting staff, and managing an unending array of logistical minutia. From mountain biking to outdoor cooking, mural making, and mining, the campers had a non-stop program of wilderness challenges, and I felt responsible for helping them to get the most out of each and every day. While I could have gotten lost in the details, I remained motivated by the fact that each moment at camp is precious, an opportunity to influence the next generation of Jewish leaders, and not to be wasted.

As I reflect on the summer from my NYC apartment, I’m called to bring the energy of camp from the mountains to the city and into my final year of rabbinical school. Our campers’ unlikely favorite cheer is still ringing in my ears. Ain Bizbuz, there is no place for waste, no time for apathy or indifference. As a soon-to-be rabbi, I’m grateful to take this lesson to heart. I move toward the rabbinate remembering that each moment is an opportunity to bring honor and sanctity into the world. Each person I meet, each piece of food I enjoy, is a gift from God, to be appreciated and respected rather than carelessly discarded. Following the campers of Ramah in the Rockies, may we all learn to cheer with pride, ain bizbuz. May we create a world in which little is wasted, and much is gained.